In the continuing series of blogs about preparedness for natural disasters arising from climate change, SmarthEarth Managing Director, Noel Casserly, writes about how the recently established African Risk Capacity can become a model for a more strategic approach to climate risk insurance.

At the G7 summit in June, leaders pledged to insure up to 400 million more people in developing countries against climate change risk by 2020 and to support the development of early warning systems in these regions.

This commitment is clearly welcome given that the international system for responding to natural disasters has not been as timely or equitable as it could be. For the most part, funding is secured on a largely ad-hoc basis after disaster strikes, only then can relief be mobilized toward the people who need it most. In the meantime, lives are lost, assets are depleted, and development gains suffer major setbacks – forcing more people into chronic destitution and food insecurity in the world’s least developed countries.

Recent initiatives, such as the establishment of the African Risk Capacity (ARC) as well as the Caribbean Catastrophe Risk Insurance Facility (CCRIF), an equivalent pool for the Caribbean, are set to become models of a more strategic approach to climate risk insurance.

The ARC was established in 2012 as a specialised agency of the African Union (AU) with a mandate to help AU Member States improve their capacities to better plan, prepare and respond to extreme weather events and natural disasters.

The ARC’s objective is to capitalize on the natural diversification of weather risk across Africa, allowing countries to manage their risk as a group in a financially efficient manner and to better respond to probable but uncertain risks. ARC utilizes modern financial mechanisms like risk pooling and risk transfer to establish the contingency financing facility. These techniques, are applied by African countries in innovative ways to lower the cost of the response to disasters, before they become a humanitarian crises, and provide better services to those affected.

The initial capital costs come from participating countries’ premiums as well as one-time partner contributions. ARC works with countries to calculate country premiums and allocate payouts to member countries based on predetermined and transparent rules for payment.

Countries select the level at which they wish to participate by selecting the amount of risk they wish to retain, and financing what they want from ARC for droughts of varying severity the (ARC plans to provide coverage for other hazards, including floods, at a later date.)

Africa RiskView (ARV) is the technical engine behind ARC. It is a software application, developed by the United Nations World Food Programme which provides a transparent system to estimate crop losses and the impact on populations’ food security from past and future droughts for sub-Saharan African countries. It then translates that impact into equivalent financial terms to provide an estimate of the total response costs required to assist those populations that are potentially affected. In this way ARV provides member governments with a tool that can be used to estimate their financial drought risk and therefore to determine the appropriate amount of risk to transfer to the ARC risk pool.

To become a member of ARC Ltd, pre-approved contingency plans have to be in place which describe how insurance pay-outs will be used should the coverage be triggered. ARC Ltd has already paid out $26.3mn in its first policy year after three of the participating countries in western Africa suffered low rainfall.

A key feature of ARC is its quick pay-out time and it is notable that Senegal, Mauritania and Niger had already received $16.5mn, $6.3mn and $3.5mn respectively by the time the UN had launched a mid-February appeal to fund humanitarian support in the Sahel.

It is planning to offer tropical cyclone and flood risk within the next year and in the longer term, to set up a platform to issue parametric climate change catastrophe bonds. ARC also received a mandate to look into insuring African states against infectious disease outbreaks.

This year, ARC is expanding its catastrophe insurance pool with Burkina Faso, Malawi, Mali, The Gambia and Zimbabwe expected to join the pool for 2015/16 growing seasons.

In its first year, the pool insured Niger, Senegal, Mauritania and Kenya for $129mn in total losses, reinsuring $55mn in the international markets. With the additional five countries expected to join, the total coverage is set to rise to $192mn this year, with over $70mn reinsured.

ARC is targeting a total of 20 to 30 African countries to become Members over the next four years. 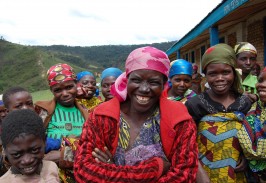 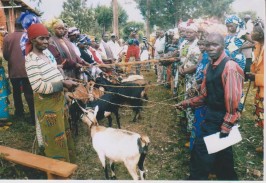